The real name of Daria Dontsova, the legislator of the “ironic detective” genre in Russian literature, is Agrippina. She received such an unusual name in honor of her grandmother.

Daria Dontsova: biography and personal life of the writer

Looking at the photo of this fragile, smiling woman, one involuntarily asks the question: “How old is Daria Dontsova?” -, and the answer is even more surprising, because the writer does not look at her age at all.

Daria Arkadyevna was born in Moscow on June 7, 1952 in an intelligent creative family. Her parents were not officially married at that time, since her father, writer Arkady Vasiliev, was not yet divorced. Daria’s father was a famous person, his novels “Comrade Arseny”, “Monday is a hard day” were filmed, he worked in the Moscow branch of the Writers’ Union. The girl’s mother, Novatskaya Tamara Stepanovna, worked at the Mosconcert, as a director.

Even before school, little Dasha’s education was entrusted to two nannies – an ethnic German and a Frenchwoman, thanks to which she mastered both languages ​​perfectly.

Daria-Agrippina always loved to write, she even chose the journalism faculty of Moscow State University. Lomonosov, which she successfully graduated in 1974.

For two years, the writer worked in the Soviet consulate as a translator from French in Syria. For the next long period of almost 10 years, she worked in the newspaper “Evening Moscow”, and then in the Moscow magazine “Otchizna”. In the difficult times of perestroika, she had to retrain as a tutor, knowledge of languages ​​came in handy, she taught the children German and French. As Daria Dontsova said, children, communication with them is not difficult, it is difficult to move around the city all day while staying on your feet.

The writer made three attempts to create a strong family, but only her third marriage in 1983 with Alexander Dontsov turned out to be successful and durable. Daria Arkadyevna’s husband is Doctor of Science, Professor, Academician, Head of the Psychology Department of Moscow State University. MV Lomonosov, he with love and kindness supported the writer during the fight against cancer.

Arkady, born in 1972, son from the first marriage of the writer, married, has a son Nikita, grandson of Darya Arkadyevna.

Maria, born in 1986 – the daughter of Alexander Dontsov, a psychologist by training, loves to travel, makes purchases in foreign stores for Russian boutiques, forms the style of the mother’s images. She is also engaged in interior design, she created the design of a country house herself. Maria has a son, Misha, the second grandson of the writer.

A difficult test fell on the fate of the writer in the form of oncology, with which she successfully fought in 1998. It was during the difficult days in the hospital that, in order to distract himself, the first novel “Cool heirs” was written, and then the rest, published by the publishing house “Eksmo”. The detectives won the love of the reader and became incredibly popular. Daria Dontsova has not used her real name and surname since 1999, when she took a pseudonym.

The writer has released a series of books, more than 200 detective novels, 200 million copies, each with unique protagonists such as Viola Tarakanova, Dasha Vasilyeva, Stepanida Kozlova. She also has a book about her illness, about how a person who has survived oncology lives on.

Serials are shot based on her books, more than 10 times, she was awarded the “Writer of the Year” award and others.

The life of the writer Daria Dontsova, her biography – teaches that it is never too late to drastically change your life, an example of how to make your dream come true, and to meet and overcome life’s difficulties with dignity.

Dontsova’s books are read by people of different ages. For 20 years she managed to release more than 200 works. The writer knows how to create intrigue, the plots of her books turn out to be very twisted. Reading grabs from the first pages. It is often impossible to predict how the story will end and who will be the real culprit.

The best book by Daria Dontsova

If you conduct a survey of readers on the topic: The best books by Daria Dontsova, it is unlikely that you will get a definite answer. Each piece is exciting in its own way. This list can include books about:

Daria Dontsova is the best – this is the detective gentleman Ivan Podushkin, who, in addition to investigating crimes, also constantly carries out strange orders from his restless mama Nicoletta. 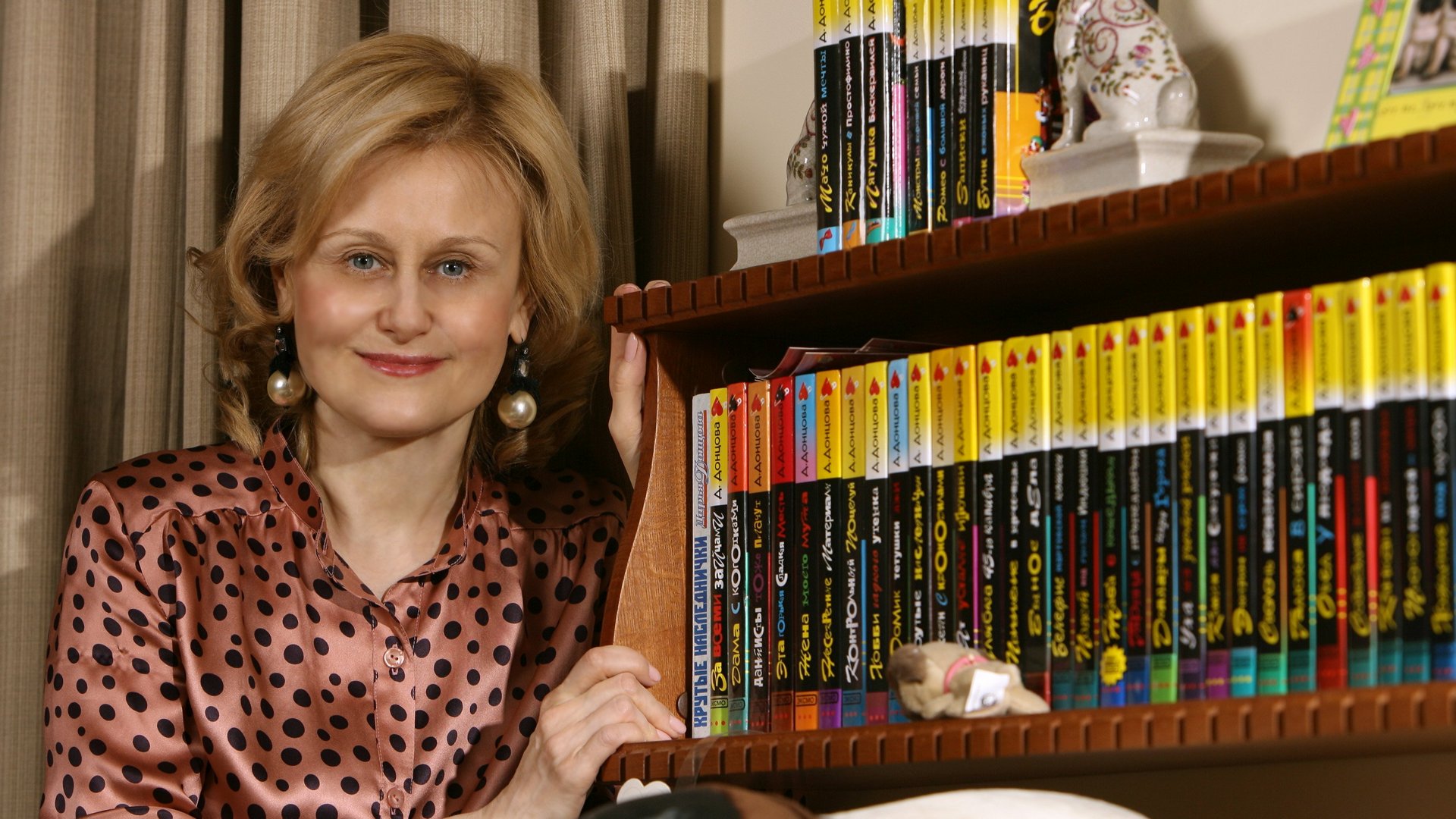 Dasha Vasilieva is a sedate lady who adores her pugs, constantly plunging into dangerous stories, from which Colonel Degtyarev helps her extricate herself.

Viola Tarakanova not only investigates crimes, but also describes them in her books under the pseudonym Arina Violova.

There is also a fat woman Tanya Sergeeva, whose adventures are always interesting to follow.

And what are the names: “The devil from the snuffbox”, “Brakes for the prodigal husband”, “Cool heirs”, “No-shpa for three”, “Lady with claws”, “Manicure for the dead”, “For all the hares”, ” My husband’s wife. ” The listed books can be safely included in the rating of the best. Their purchase will brighten up your leisure time, you will definitely not be bored.

Dontsova writes not just detective stories, but ironic stories. She has been working in this genre for a long time and has managed to acquire a huge readership. Millions of people laugh at her books, while at the same time empathizing with the heroes, wondering how the story will end.